Campgrounds have the privilege to travel by remaining at their exact same location.
If they could speak, they would have many stories to tale.

Especially the one about the book I left at the Reykjavík Campsite.

Long story made short, I left a copy of Le chercheur d’absolu from Théodore Monod on
the main table of the Reykjavík Campsite’s reception between the 30th of August 2012 and the
1st of September 2012.

I’d just like to know what is its story since then. So drop me a line if you
are this person, or if you who is (s)he.

David Larlet is leaving France for Japan for a year abroad.
Unlikely, he is the one providing gifts during his farewell party. Because he still needs
to travel even lighter.

He offered me Et si l’aventure humaine devait échouer from Théodore Monod.
This will become the first title I’ve read from this author.

As a side note, I offered him a copy Introduction à la pensée complexe
from Edgar Morin. I quite like the fact he benefited from my underlinings
while reading it.

The content of the gift was so inspiring I decided to read more from Monod.
Hence buying Le chercheur d’absolu, found mostly randomly on a
shelve of a bookstore (as I can’t find anything on my online shopping history related to this title).

This book digs into his life in the desert; he spent around 18 years living and
learning from the sand. He writes about positive improvements, about what to learn
from our environment and why we should live considering it instead of harvesting it
in a disrespectful way (aka energy is infinite, just continue consumming).

A second part presents some of his writings during the Second World War. He focuses
most of his attention on how and what are the results of the human mind on the mass.
Lies and propaganda mostly.

This is frightening, because it’s not lying in the past.
It is still how we are manipulated by words nowadays. 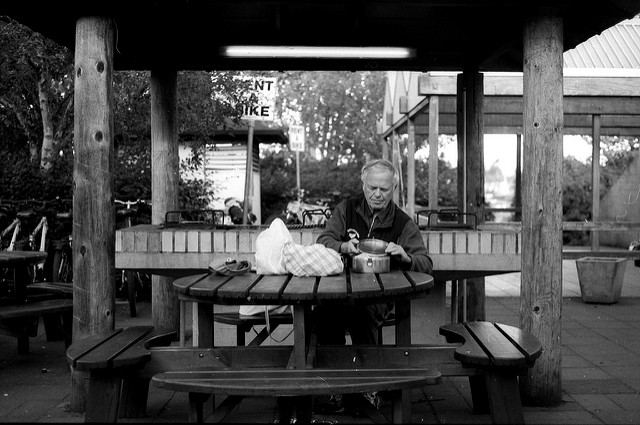 Monod was a traveller. Ironically, I was reading this book during this trip
in Iceland. It was my companion. Sadly, it experienced a heavy rainshower. Enough to be almost totally wet.

I left the book on a table of the campsite reception, hopping it would dry.

Apparently it was not hidden enough, someone took it as I never found it back the
day after.

The second irony is the book became a traveller by itself, helped by another soul.

I discovered thereafter Iceland was small enough to meet the same people again,
days and kilometers later. I even found some connections with people with whom
we met on the road.

So in a certain way, I will not be so surprised if I am contacted by the next
owner of Le chercheur d’absolu.

Obviously, I wanted to write in English to increase the chance of finding back the
new owner of the book. It is also a way to improve my fluency and using new
vocabulary and idioms.

I certainly made mistakes writing this post. Every feedback is welcomed!

You can use the comments below and even propose changes directly
on Github. Hugs!