These days people ask me “where are you at the moment?” rather than “what are you up to?” and for a good reason: I have not had a home since January 2017 (up until April).

This experience helped me tame something I have feared for a while: living without a home and an income but with a 30 litres backpack.

Living without a home can be a great boost of creativity and can foster genuine connections with people we have known by name on the Internets.

§A Bit of Context: Why Travelling?

I left the BBC in December 2016 after 4 years of employment and co-created the dtc innovation co-operative with David and Clémentine.

It happened I have been working on a Node.js book in the open for about 3 years and I took this life change as an opportunity to dedicate time for the writing.

Because our co-op business is new and I thought the book writing as a personal experience at first, I did not want to grant myself an income and to weigh too much financially on our structure so I thought of living on my savings from January to July.

In addition to that, I wanted the writing residency to be nomadic to get to know the day to day reality of developers, to feel less alone in front of my desk and to connect and to foster a community around the book itself.
Being nomadic also makes sense simply because I love travelling: it helps me think out of the box and to get fresh inspirations as I put myself out of my regular life environment.

What is the biggest monthly expense and what is useless when we are out of town? A rent. So on December 30th 2016, I got my deposit back and moved my belongings into a storage unit in London (~£80 per month). 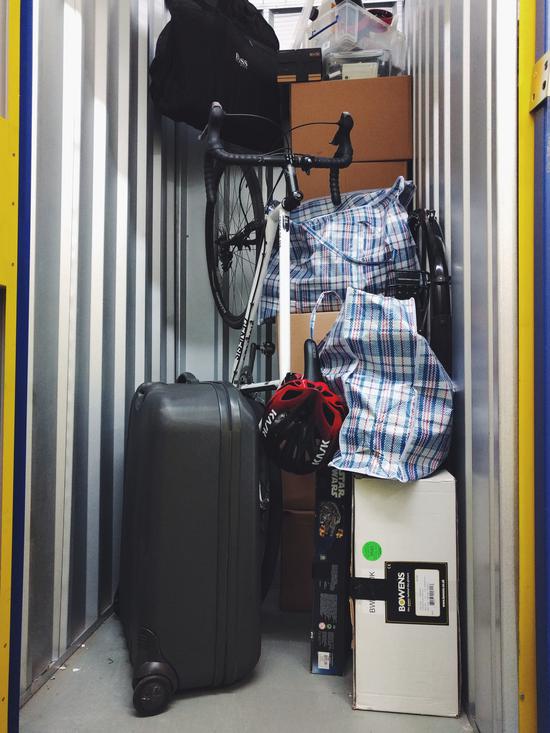 I initially envisioned the journey to be the following:

The vacation time helped me to stress test the content of my backpack. I remember removing a few items I never used over the 2 weeks time. And feeling ready to tackle the next 9 weeks. 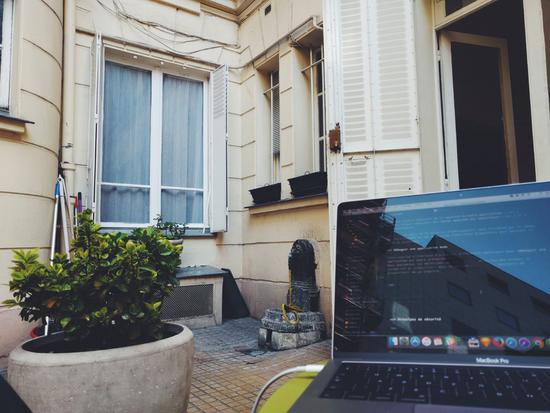 Here is what happened during the writing period:

The nomadic residency was not all about work. It was also about spending quality time with the hosts who kindly offered me a few nights at their place, from an overnight stay to a week-end with some strolls and cooking time in common. The vast majority of my accomodations happened via spontaneous offers.
It was not far different from using CouchSurfing if we think about it. 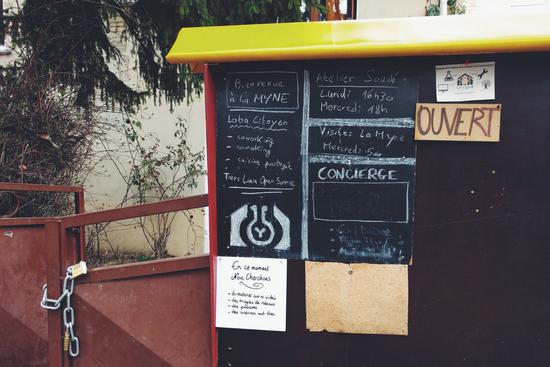 I initially envisionned to settle back in London after having finished the book in 9 weeks (🙄) — mid-March it is — except I had to extend the journey.
It happened we had to run a 3 weeks of web development training in Algeria with BBC Media Action. I also needed some time to recover from the journey, to celebrate a friend’s birthday and to honour a surprise birthday gift as well.

It added an extra 4 weeks to the journey:

Interestingly, this extra month had no impact on the backpack logistics: I was already used to what I was carrying and the weather was only going milder. 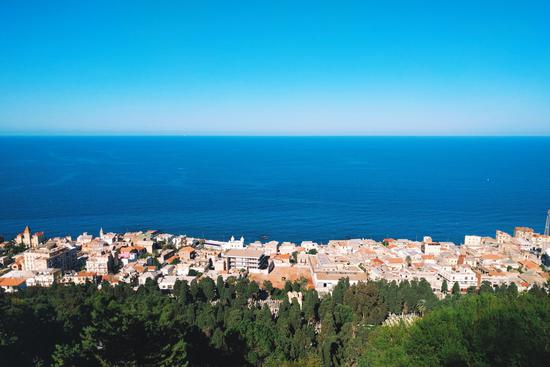 The bigger the bag is, the more it will contain and the more tiring it will be to carry around. 30 litres is a good limit as it can already be a bit heavy when filled to the max with dense items.

I used a 30 litres waterproof backpack from Over-Board. It has been a fellow companion for over 2 years now and I really love it because I can max out its internal space as well as hanging stuff outside (like the sleeping bag).

This is roughly what it contains:

Merino is probably what makes it easier to avoid carrying stuff around. It lasts long without smelling much, it dries quickly and manages the body temperature like a charm.

I would usually have a weekly washing machine at friend’s places or at the nearest laundromat. 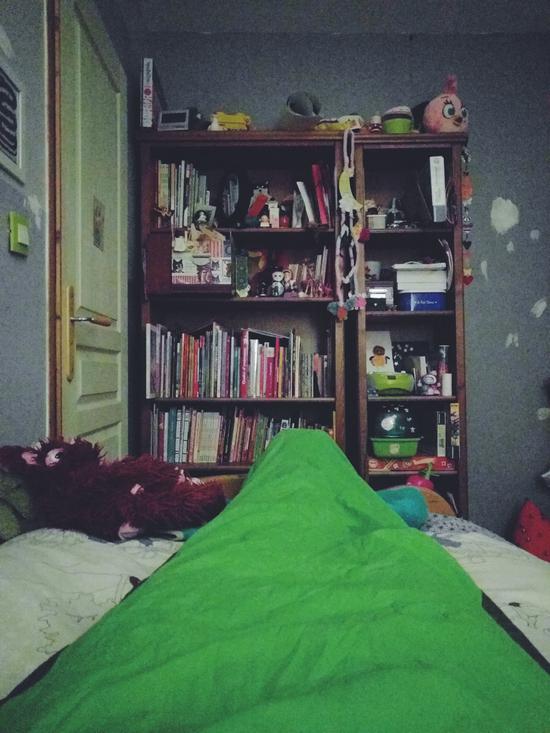 The most notable fact is communities are rather static geographically speaking. Bouncing between cities helped both connecting to their communities. I have been introduced several times to local groups and I have been happily surprised how easy it is to reach the core of these communities in just a few days/local events.

Being hosted overnight by someone is like writing a page of a story together. I guess you can truly get to who are people when you zip the sleeping bag for a night on their sofa. Travelling is also just an excuse to experience this.

French communities are great and welcoming. Not that I doubted about it but this is now a confirmation. 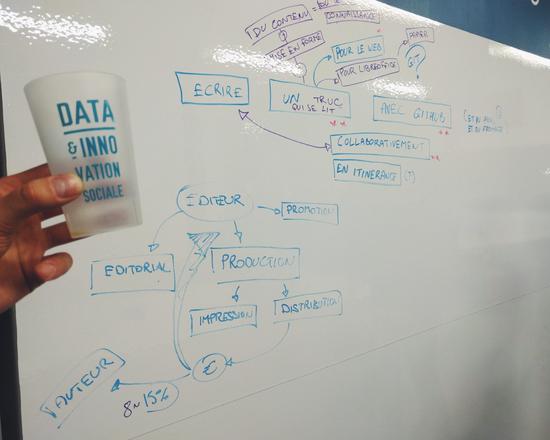 Sourdough bread baking is a matter of flour, water and… time.

I had a few recipes with me to prepare pizzas and baguettes. It is quite easy to do in 24 hours when working from a homely place and it adds a great vibe during dinners. Especially when we all make and eat it together.

It usually demonstrated it was not that hard to try and it sparks quite a lot of good conversations about lifestyle, sustainability and cheese obviously 🤓

I have been very happy to give away some of my own sourdough culture to enable people to maintain their own—a fork as geeks name it. 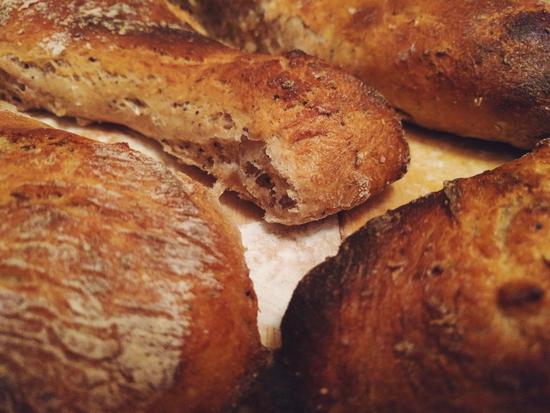 I have been travelling by train exclusively. Trains are a great workplace as they provide plenty of space and are rather predictable in time.

Some lines are expensive though–mostly high speed and peak time so I cheated as I did not have a need for speed: 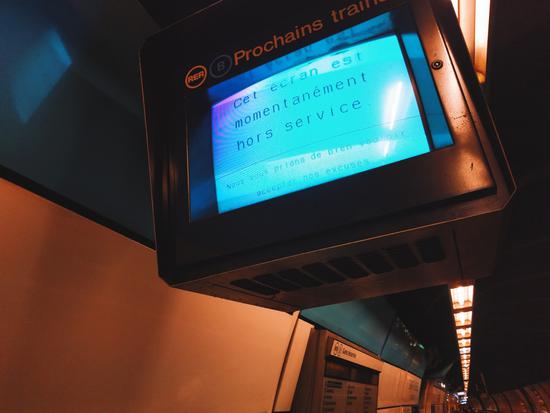 Being surrounded by great people gives a boost of joy and can uplift our own morale. We get new ideas, get to share ours and we can even go back home with different perspectives on what we initially thought was not that great—it helped me a lot to figure out I was on a right track with the content of my book.

But beyond the cool and shiny diamonds of travelling like a nomad, there is an important concept: resting and recovering.

Commuting consumes energy. So does adapting ourselves to a new environment (especially a city we are unfamiliar with) and interacting with people. Connecting with someone new for a long amount of time can cost energy for legitimate reasons: we have to think more about their boundaries, who they are, what could possibly be relevant to them.

I deliberately spent a few nights in Airbnb (Grenoble) and in hostels (la petite auberge de St-Sernin in Toulouse, Away Hostel in Lyon) to get away from socialisation. There is a need to be and to feel anonymous and to owe nothing to anybody to breathe a different kind of energy.

A good definition of a home is a place which brings safety, comfort and rest whether it is at day or at night. I would like to add on top of this that a home is a place where we can be ourselves: walking barefoot, working in pyjamas and brunching half of a gigantic cheese for example. 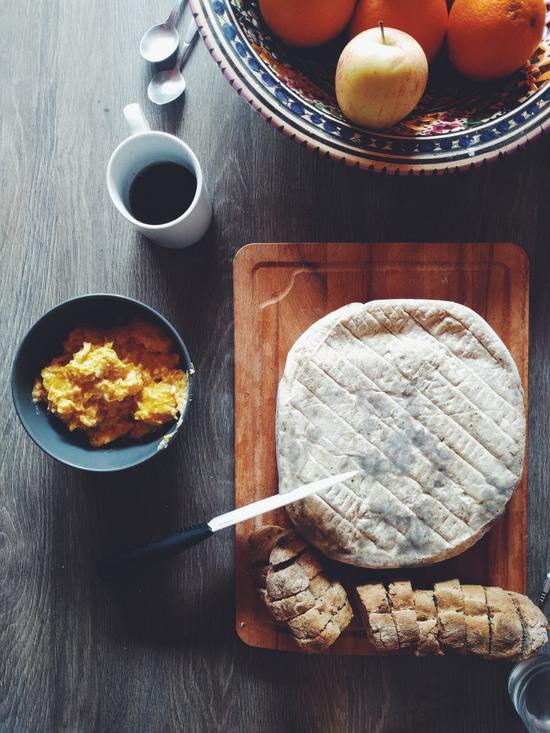 Travelling for weeks when having a partner is definitely doable and requires special attention. I always managed (although forgot once, oops 🤥) to keep her up to date with the itinerary so as we could see each other at least every two weeks: I would halt in Paris a bit longer, she would meet me on the way.
Because it involves extra travelling cost, we would keep things simple: strolls by the ocean or in the mountain, cooking as much as possible our own meals. 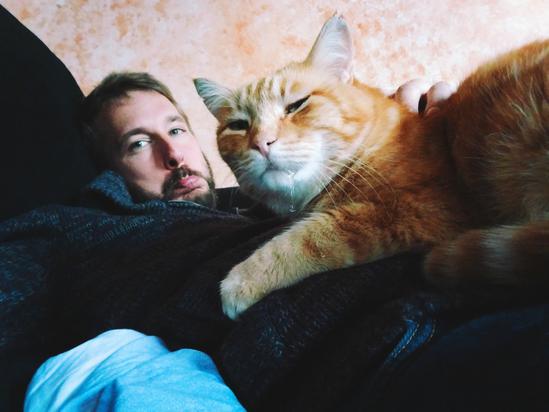 We are now mid-April 2017 and have I finished writing the Node.js book? Of course… not 🙄 (I am slightly too ambitious sometimes).
Unexpected things happened and in a good way: I re·connected with my voice and tone, gained confidence about the book content, found myself productive and intuitively practiced open documentation, a practice that I have been missing for too long.

The open documentation approach sparked business inquiries, some blog posts (both in french: writing a book in 2017 and a web-based publishing platform) and an insightful meeting with arts and design students about their pluridisciplinary magazine.

There are certainly even cheaper ways to travel but I experienced a good balance of expenses and quality time, both in regard of workload and human interactions. It definitely helped me re·define my day-to-day comfort and to outline the minimalist needs of what makes me happy (cf Downscaling: Phase 3).

Being nomadic does not have to be a permanent state of things. We can keep our lives in a way we feel safe about as well as making some space (in time) to make nomadic moves, for a week or more. I will probably spend a few weeks out of town until July to connect with other local communities as well as spending a longer amount of time at the same place, in a quiet and remote environment.

Finally, I wish this write-up can feed the conversation with Vincent at MiXiT, in regard of his digital nomad presentation.

(and hopefully the book should be ready for July 😋)

PS: many many people should be thanked for their help during this journey and well, this is exactly the intent of a foreword isn’t it? 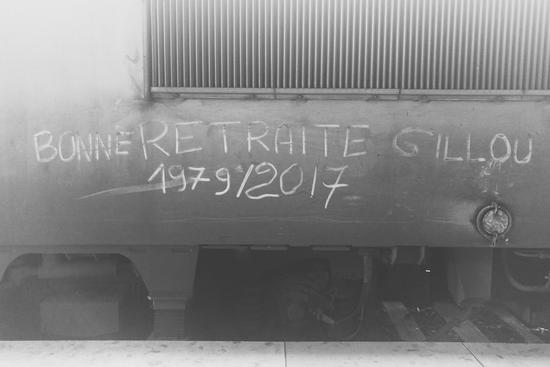