I recently attended Sud Web 2017, a conference which sparks questions about what we do with our web skills and which encourages practicing a multidisciplinary approach.

A few people asked me what it feels like to be a first time attendee after having organised and curated Sud Web for 6 years.

I first wanted to tell you I attended Sud Web for two reasons:

This edition of Sud Web was organised in the French town of Aix-en-Provence and was articulated around 4 community events:

Not being an organiser this year had three good and unexpected impacts:

As a direct result, I have been able to direct my energy in learning a few things more: 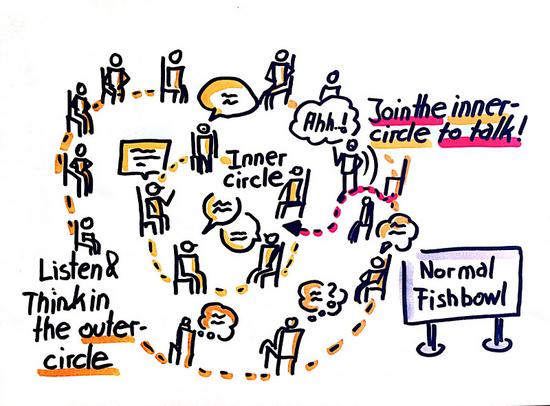 The fishbowl technique has been a must because experiencing it once was enough to reuse it straight away in a workshop I offered to facilitate: “Mostly Developer”. This session was inspired by an answer during a Q&A as well as a tweet from Sud Web urging to make a decision about defining ourselves with a single label.

Notes and thoughts about the multi-potential question will be written down in an upcoming blog post — there is a lot to say about how we deal with it. 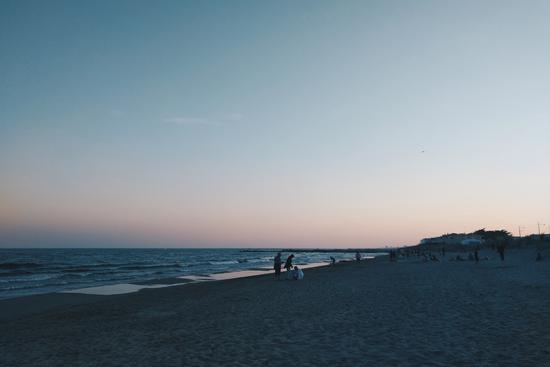 §What Sud Web Has Changed in my Life?

This question has been asked at the end of the Open Forum retrospective.

Firstly, it helped me gain maturity both on a personal and a professional level. 6 years ago I moved from a never-ending quest of technology updates to a fulfilling quest of meaningfulness. It does not help much writing good code if its fruitful outcomes only serve a few.

It helped me acknowledge and embrace the multi-disciplinary and trans-disciplinary approaches. Conferences call for papers do not often bring diversity but popularity. It is a responsibility for organisers to bring their conference community beyond their realm to keep it porous to unknown and distant concepts.

It made me realise the importance of a shared culture, to let things go, to use a pen to describe ideas, to embrace the two feet law at anytime, to lead people with exemplarity and to encourage people rather than to direct them.

Most recently, it made me feel comfortable to step down after 6 years of conference organisation and to go even beyond by creating a small workers cooperative. The intention is to own our work tool, to cap our financial growth and to dedicate our brain energy to purposeful projects for the Commons with a multi-disciplinary approach.

I clearly had a good time at Sud Web. It feels good to be able to see old friends while being with your life partner and your work companions. I am also glad to have met quite a few good people.

Again, I came back home filled up with energy, questions and eye opening memories. So far, I have not experienced any conference where I can go for a drink right after the second day without having a nap. So far so good.

Not to mention the hilarious talk of Bruno Heridet: if all English technical terms were to be translated in French 😂. 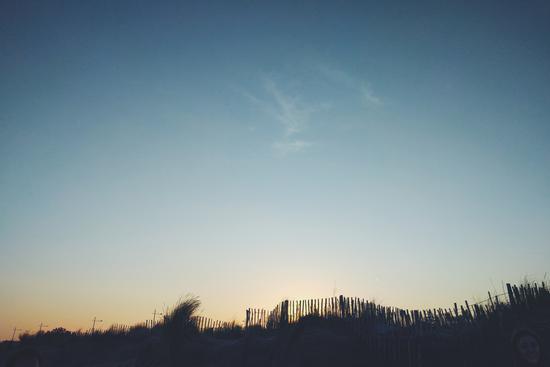 It is quite refreshing to attend a conference after having organised it for 6 years: I can now fully get how things are lived from an attendee perspective, with an organiser mindset.

Let’s dive into what worked less well in this 7th instalment of the Sud Web conference. A few things felt out of place, mostly during the Conference Day:

The breadth of topics covered this year felt in line with what could be expected. However I felt a majority of talks remained at the surface, missed their point and rarely delivered beyond glamorous headlines (design for good, be resilient, e-books are different than books etc.). Where is the connection with the audience? How can we relate to their content during our day to day jobs?

I was not at ease after the conference onboarding and the first talk. And when the second talk started, I started grinding my teeth: Marie was doing a good job at debunking clichés about working in India and how she genuinely integrated herself within the Indian team but still, something was off, like a bitter taste of post-colonialism spirit.

The talk was good in terms of presenting the efforts to bridge communication and interpretation gaps when embedded in a team from a different culture. What became increasingly apparent during the talk was that Marie took care to gradually decode work habits and cultures specific to India over time - especially concerning project management questions like completion, questions, overcoming obstacles, etc.

What caused discomfort was the notion that it was the Indian team’s responsibility to enunciate or spell out their questions in a way that a westerner could understand — when it would have been interesting to present it as a bidirectional stream: how do we adapt ourselves to another culture, as well as how do we make ourselves available to other cultures ? Acculturation here we are.

This problem is not new and it can easily be transposed to other gaps such as asking designers to know how to code, asking interns to be as efficient as other employees, etc.

Speaking about it with Marie, she acknowledged having been pulled in different directions during the rehearsals with the organisers. It might have led to some confusion. 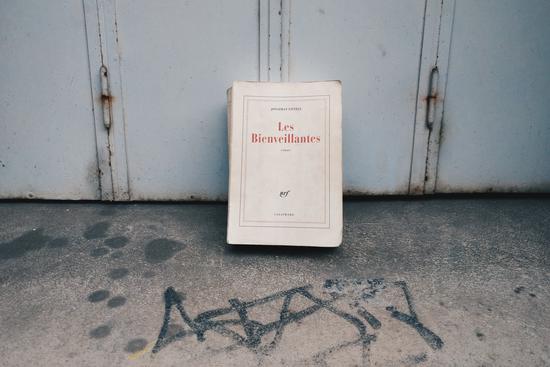 With a few people leaving the Sud Web non-profit organisation, there is an opportunity to focus on what matters: the community which reunites around Sud Web values and where the community is driven to.

Sud Web has become a place where questions emerge and are addressed with the help of external speakers, with the participants and thanks to the dedication of the organisers.

Sud Web has become a place where different cultures can safely regroup to foster their creativity, to stimulate their energy and to refuel their batteries. Even if they have nothing to do with the Web.

But Sud Web has not yet become a place where attendees have an equal access to express themselves.

Maybe the talks do not need to last for a day. Maybe the Conference (Half) Day should end on a fundamental question — it worked so well for the past two years. Maybe this big question is a great excuse to find a format which helps transitioning to the Open Forum Day. Maybe if everything is organised at the same venue, organisers could be creative again: they could get rid of the catering mafia of conference venues; they could redirect our money to local catering charities and they could focus on what they want.

Sud Web still has a lot of potential to remain the safe space where we go to assert our values, to realise we are not alone but a community communities and to wonder what we should do to start the week after.

See you next year from the back seat!

PS: a grateful thank you to Noémie for proofreading this article, for contributing to make it clearer and for sacrificing two nights of The Art of Design in order to help me.