At work or in our personal life, we make decisions. We are encouraged to make the best ones.

What is the best? And for whom? And for how long?

§I want to buy a baguette

I recently spent some time in a small village. This village is populated roughly by a thousand of inhabitants. It is not a lot but it is enough to have two bakeries, two cafés, one butcher and one Post Office.

One bakery is part of a chain (well, a franchise).
The other one has been held by the same family for over two or three generations.

The franchised bakery sells a slightly better baguette. One would even say it is a bespoke baguette: crusty and floured enough to feel some tradition in its making.

In both situations, the bakers are rewarded: they get some money they can spend to open the shop the next day.

Although one bakery delivers a standardised product, available in any bakery of the same brand.
Whereas the one bakery has a a local and unique product.

They both sell a baguette.

If both shops evolve on the same timescale and on the same physical playground — a small village in 2014 — they eventually have a complete pace.

One is rooted in the village whereas one is pasted on the walls.

Zooming up a bit, a village without a local bakery is a dead place — with very few hopes of futures — the village itself becomes a product of money owners.

Shops then make revenue digits battle or marketing wars.
But nothing much for local inhabitants.

And yes I reckon it is painful to think about it.
It is hard to know about the sourcing of the products, how they have been produced or where they come from — it is only a good signal how broken the Western model is.

Our Big Data stores are not yet at a stage of a responsible transparency. 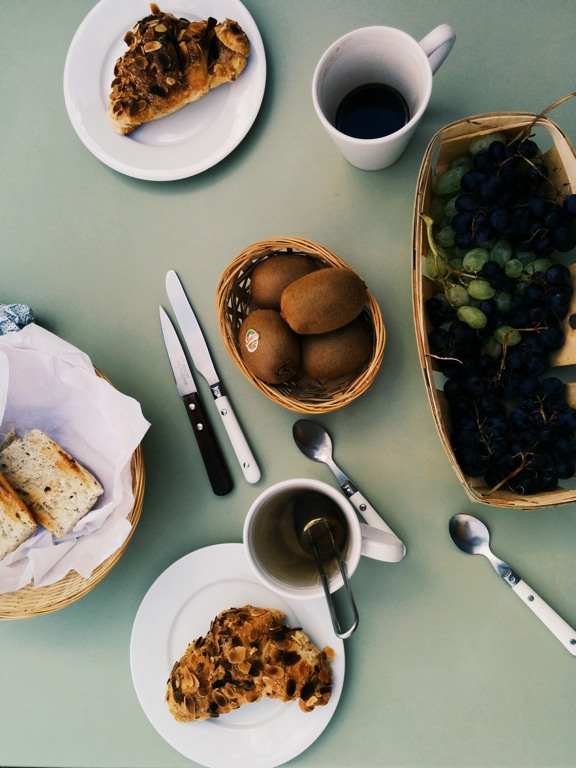 If we step back a little bit more, we know that back in town, every discount/buy it now/obey message will be dictated by an emphasis on taste-y and money.

Thinking of it, I do not remember having seen advertising about quality nor ethic: eventually quality will be suggested through the brand strength. Hype will be favoured (for a limited time only).

The decision is for the now. Not for tomorrow. Nor the year after. Consequences are.

§The real cost of a baguette

A lot of money and efforts are thrown into elections. Vote for your hopes. Wait for the worse. And this is only once every couple years, with a very little feedback loop in between.

Whereas a small amount of money is put a lot of times for our daily needs. The feedback loop is located and available right behind the counter.

Abstract models are better organised and seem nicer in theory. Although they provide less feedback and opacify the path from the surface to the roots.

Small organisations structure themselves in a more complex and less predictable way. Feedbacks are usually a step away and they breathe and live in a direct connection with the reality.

The taste of this sounds bitter.
Way worse than the taste of a baguette.