I always considered that turning thirty years old would be just a symbolic change. Two beautiful digits and nothing more. A simple continuity.

For some reason, it appears to be both a keystone in one’s life and an excellent moment to bounce. But where? And why?

You will read how I believe the journey to the thirties happened and brought me slowly but surely in this actual state of mind.

My parents moved a couple of times before I got 6 years old. They definitely settled in Bordeaux when I turned 12. Since then, I moved two times within an area of 18 kilometers in 18 years before landing in London, United Kingdom.

I now recall we need time to reset our body clock: habbits, mental cues and social network. By social network, I mean people you can trust, rely on and build at a scale you all agree with.

Therefore, the local cultures is a membrane to access this taste of being home. The local culture includes the spoken languages as it conveys the myths and knowledge shared by a majority of citizens.

Now I’m living at home, abroad, away from my hometown. By living I mean taking part and giving to the communities I’ve chosen to be part of. I also feel I could live wherever is possible in the world, as long as I can bridge my local culture(s) with the local cultures.

Through friends and family experience, I also know that I can become a foreigner for my own native country if I stay away for a certain amount of time. From another point of view, I might not be able to cope again with my native culture. It would become an unreachable shore.

Thirty is a beautiful number. It feels like the age of maturity, whereas the previous decades could be described as following:

By social and living world, I mean the interactions with other people, kids, adults and parents. A wide majority of subsequent events will be highly influenced by what has been experienced at that time, either in good or bad. Try and twist your mind whatever you want, this is deeply rooted in your brain (and your body).

By outer world, I mean the world as it exists out of your home and its close boundaries (school, friends, activities). These places are decided for you if you are lucky enough to be mentored by adults.

By inner world, I mean the world as you start conceiving it in your mind, by litterally absorbing the knowledge around. The twenties is this decade you do stuff mostly by instinct, even if you feel being in total control of yourself.

At thirty years old, I now admit this feeling of freedom, the freedom of choosing my life according to my desires, is in reality a pure self-programming consequence resulting from a secret agreement between my body and my brain during the first decade. My external environment shaped my knowledge and my reactions through life experiences.

That’s not grandiose neither poetic but realistically, it made me making decisions with ease and fluency; only understanding later the real ins and outs of them. Like the pleasure I have playing videogames, writing software, travelling or even making pictures with a camera. 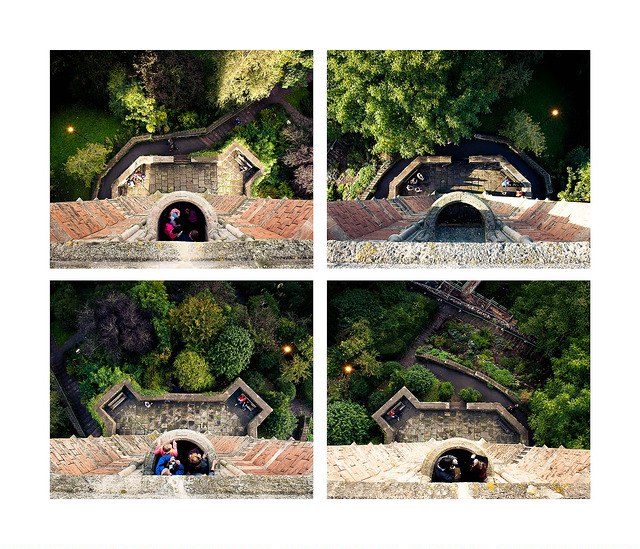 Moving abroad helped me getting a decisive grip on my own internals. By becoming nobody in a new place, I had to become myself. Not I was not aware of myself. But I had to understand what I was composed of.

Having the label BBC stamped on my face hopefully saved me a couple of months/years to be taken seriously as a foreigner here in UK. Not only for the worldwide prestige of this well-known institution, but also for the people I’ve been able to meet and what they mirrored me back.

In November 2013, our team went over an organisational change and I picked up working in the Content Experiences team. A Senior manager then told me:

I think this is the team which suits you the most. You are a great developer but I believe that for you, programming is just a way to do something different. It’s not about programming itself.

I then remembered making the first edition of a primary school newspaper (because it was exciting to share things we loved!), creating misunderstood riddles in secondary school, living the videogames I was playing (I was so sad to finish Zelda: A Link to the Past as the alternate world disappears when you succeed), creating my first website to share my opinions about Star Wars books I’ve read (ah Timothy Zahn and its Heir to the Empire trilogy, the best one ever!), skipping college tuitions to build a videogame website, writing a book instead of caring about my girlfriend, organising (Web) events because we were missing the point: it is not about technique, it is about people.

I have always worked with content. Content has different shapes, uses different materials, either they are pictures, texts, digits or software programs.

This manager is so in the right: I carefully give life to content, transform ideas, mix various universes together. I care about delivering respectable tools and experiences to end users.

I am now aware I need to source experiences from transversal areas of knowledge. I struggle to face the everyday life if I can’t access those sources. Routine scared me so much for a long time because of that; inconsciously making me moving forward to avoid stalling.

The opposite problem is living in the now and not thinking about the future. Likewise, it has a strange effect: the continuous insatisfaction of never enough and the continuous stress to discover expected deadlines too late before they happen. Smartphones are a great safety net because you have an immediate access to something you could easily anticipate.

The balance is in between, not in the middle, but rather close to our natural way of sorting things out. I’ve found my trick to act on and measure that balance: by doing the same thing every day. Something I can’t escape because of my lazyness or a “good” excuse.

It can be boring, I can get bored and sometimes I don’t even look at the scenery but if I feel a beginning of desire to skip that effort, it’s a warning I’m starting to dive into my comfort zone or overstrain. 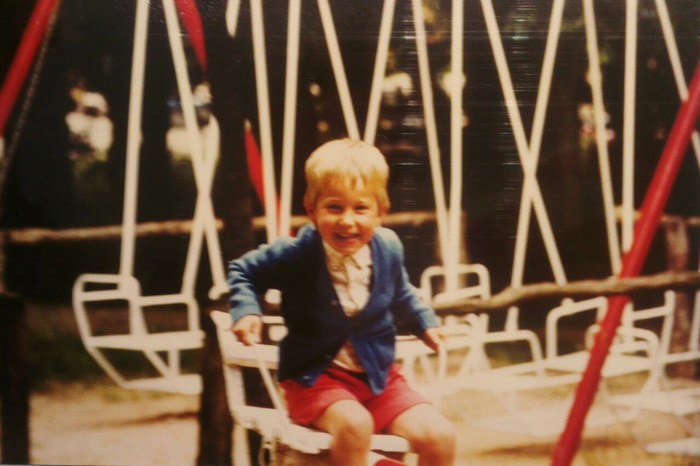 I think I started photography by staring at the family photo albums: seeing my parents smiling, my little baby face and the first day of life of my brother. This is the first scene in picture I photographed in my head while living it.

I’m a teenager, travelling with my family somewhere in Ireland or in Wales. I remember taking the initiative of holding the camera and taking photographs to stop an argument between my parents. After all, it’s just a zoom with a trigger. Trigger you push when you’re satisfied by what you have in the eyefinder. So why not doing it?

The feeling to discover the printed pictures was extraordinary: “wow, I did do that?”

Eighteen years old. Christmas. I got my first camera: a Toshiba PDR-M70. A 3 megapixels digital camera with a 128Mo SmartMedia flashcard. Believe or not, in 2000 it was one of the best compact camera on this brand new market. So many hours browsing catalogues, rejecting the proprietary Sony’s MemoryStick or the truly bad colours of other cameras to decide this would be the one.

The journey goes on for the ten next years, from a camera to another one, from compact to bridge then bridge to DSLR and finally, expanding to analog and instant cameras.

This seems an ordinary evolution but I never took a minute to understand it. Or even to go beyond that particular feeling of making a picture. I became aware of that by attending exhibitions, by booking my first photography courses and by reading the sidenotes of Raymond Depardon during his latest appearance in Paris.

The pivotal moment. He realised this special relationship to colours after 20 years of photography. Twenty years!

I realised during the late september photography courses what I liked to convey within my pictures. Through the constraint. Through external feedbacks.

A quote from a friend also helped me to understand why I could not make any picture of London:

There is too many people here, that’s why you can’t take a picture. Because there is always something, someone, some crowd. You like emptiness.

I am now aware I love showing the beauty of Nature, the weakness of Humans and expressing tenderness. For that, I combine either geometric lines, repetitive patterns or absence and emptiness.

My practice of photography is influenced by other photographers of course, but also by external factors, including software programming, painting and my feelings generated by my environment.

Recently, I’ve started reading Camera Lucida from Roland Barthes. A guy who liked photography and decided to understand why he liked some specific pictures and not other ones.

It’s quite funny to read that state of thinking soon after I ended this same part of the process. After trying to know what to do and how to do it, it was time to understand why I did that. Obviously, the supposely conscious choices were not that conscious at all.

I am now aware of why I am doing that. Where to accomplish that is another question. The next question.