2013 has been another year full of destructuring for a better regeneration. On top of the legacy, not against it.

Leaving France to United Kingdom was not part of any plan.
But still, it happened. And for the best!

You will read a summary of my 2013’s learnings. It might seems pointless but these are the fundations of today and tomorrow.

Keep in mind this sentence from my first blog post of 2013 (in French sorry):

2013 will be the year of the truth: the outer revolution, strengthening and the community.

No wonder why I have been a bit lost. Until september I always had to think about the next place to live in. Reorganising my life each time.

Commuting for fourty minutes in the underground is not something which made me happy. Being swallowed every morning by the crowd in the corridors of Oxford Circus station tired me.

Our offices move in June has been a good opportunity to relocate closeby, at a walkable distance. Almost too close from them but for some reason, I had a crush for King’s Cross Square. 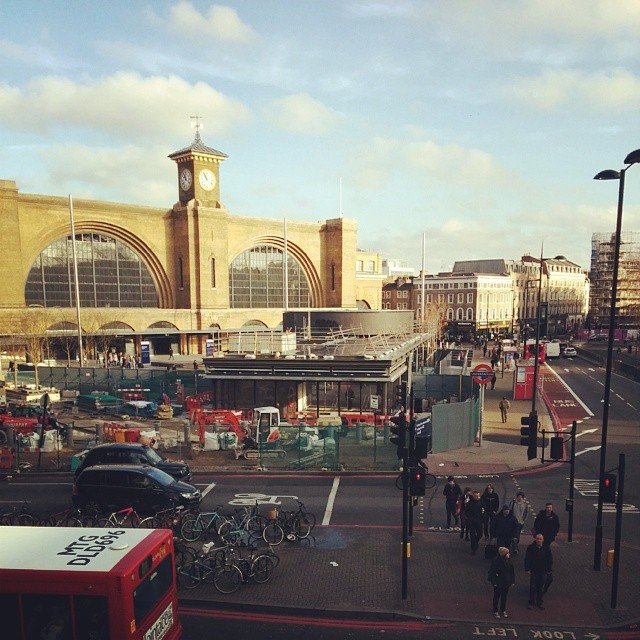 My mom recently recounted me my first English course as a kiddy: I actually did not want to learn it, because I feared forgetting how to speak French!

A similar thing happened, twenty years after, although in a paradoxal fashion. I wanted to be unnoticed about being French in order to be a perfect English. But I was caring a lot about French, as a core part of my entire soul.

Something I would have never foreseen: the language had an impact on my personnality. I was not running the same jokes as in French. I could not express myself the way I’m doing in French. This is terribly frustrating when you finely play with words and tones.

I look bored when we talk together? No, I’m making efforts to enrich the conversation. I become nervous? It is the feeling of not being understood, by my fault. I don’t talk to you? Sometimes I don’t know how to properly start a conversation; sometimes I just enjoy the silence.

For the first time in my life, I realised what it was to be a foreigner in a foreign country. It requires a huge amount of energy, every day.

I laughed internally because in France, foreigners are often designated at not making enough efforts to integrate the French society. Well, I would not have expected to provide such a harsh effort, only caring about myself, in a familiar language and just by crossing the sea.

I really admire entire families moving in a total different landscape, culture and without any help. Especially while being stigmatised.

A life saver in London is this apparent acceptance of the difference. Being an indian gay cop is as normal as a mustached coffee drinker in Hackney. Being different is normal.

It helps not caring too much about details.

§Culture as a Catalyst

Shopping is boring. Learning from exhibitions is enlightening. And London has clearly a high standard at providing anything you’d like. Either in huge cultural landmarks and in small galeries (small in size, only).

To quote only a few:

Fun story though: I’ve learned about the name of Raymond Depardon completely randomly, by gifting his book Errance. Because I found the black & white cover empty and his words totally genuine.

Depardon stroke my face like Edward Hopped did: this is how I want to depict things. This is what I love. I only read Errance three weeks ago, while travelling. He has a tender and humble way of explaining his feelings.

Art tought me to accept external influences and to alter my own judgement and mindset. 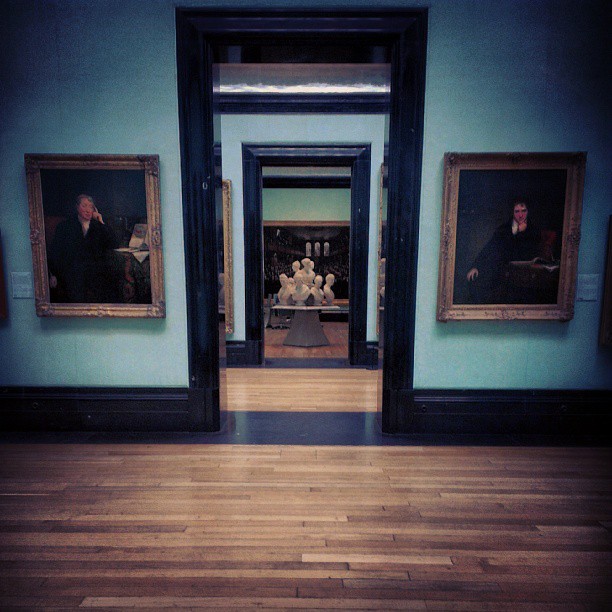 Ibrahim El Salahi had an inspiring life. Not only his journey in the desert helped him experiencing the light differently but he also studied many disciplines external to art: politics, biology, theology, calligraphy and typography.

This is when the pivotal happened in my head: I would only have to go back to school like him to learn things I can’t spend time to learn on my own.

Another unexpected thing happened: I have not learned technically much during night courses. I’ve mostly learned to watch other’s work and how much a same assignment could be covered in such various ways. That, and having immutable constraints on assignments.

Because I had constraints, I had to twist my mind instead of digging in the same direction.

Another booster has been attending Web conferences again:

I’ve already detailed the benefits of each of them. Although what I enjoyed particularly this year was a broadened vision. LXJS has been technically solid and influenced a lot my current practice of JavaScript.

The best conferences have been the one with the less star-system speakers and the most chilled-out audience. You could feel the passion in the vein of a majority of people.

This is a relief.

My flickr archives stats confirmed the doubts: I really started making pictures again in August. Coincidentely when I really settled down and started travelling again. Well, that’s not a coincidence. It’s an incidence.

Iceland stroke back with Tiina Burton, the amazing and always smiling photographer from Cambridge. Developping my own films sounded very difficult to me: the chemicals, manipulating the negative without damaging it, the tooling etc.

Another pivotal happened: the pleasure of developping a negative film, and printing it on your own. It is often said that using Lightroom is the same as developping negatives. Except the relationship with time, the uniqueness of the creation and the ambiance of a darkroom are way beyond any expectations.

Now I can give pictures. Each print is a gift carefully made which as a different value. Because a copy isn’t really a copy. It is another print.

Hey, are you still coding with all that bullshit written so far?

Well, I’ve never written so much code. So much tests. And neither had so much pleasure at writting it since the invicible team disbanded:

Believe it or not, I needed that to prove what I could do to regain confidence. Writing code is like talking, it is just a way of communicating an intention. Tests assert the code intents correspond to how I expect it to be understood.

Also, Node.js, browserify and TravisCI have been my best friend in 2013.

Now we have a context, what led us to that point, I’ll write next about the now.